When unrealism takes us 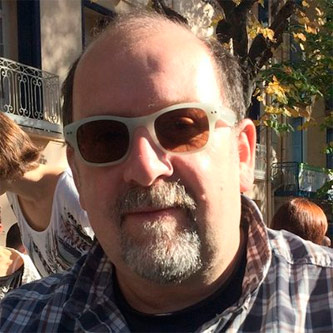 An Unrealist in an all too real world

Born in Windsor UK in 1958 and trained in illustration at the Reigate School of Art, Jon is a painter, illustrator, graphic designer and wood engraver, who, when he isn’t at his home in Céret, spends a lot of time on the south coast of England.

Jon’s goal isn’t to make a realistic or near-photographic image, so he paints in his own, distinctive style, bending perspective and reality. The titles and subjects of his paintings bear witness to his love of puns and wordplay. He is inspired by his passion for music, the sea and all things maritime. He likes his paintings to be playful and hopes people will share his sense of the ridiculous. Much of Jon’s work conveys the sensation of arriving in the middle of an absurdist play, a random world of non- sequiturs, it’s up to the viewer to interpret what’s happening.

Jon’s work is about creating images of the intangible made real in a bizarre world, whether it be mermaid charmers, angels on bicycles, deep-sea divers, skeletons or musical bears; these are some of the characters in the little static plays that his pictures represent.

Much of his work is in private ownership across Europe and a selection can be seen at the Metiers d’Art Sant Roch in Ceret. 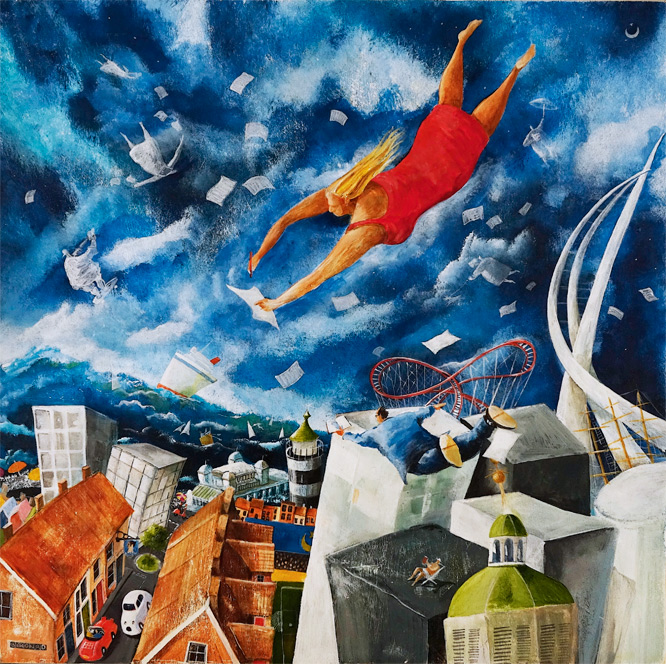 The Spirit of Poetry over Pompey 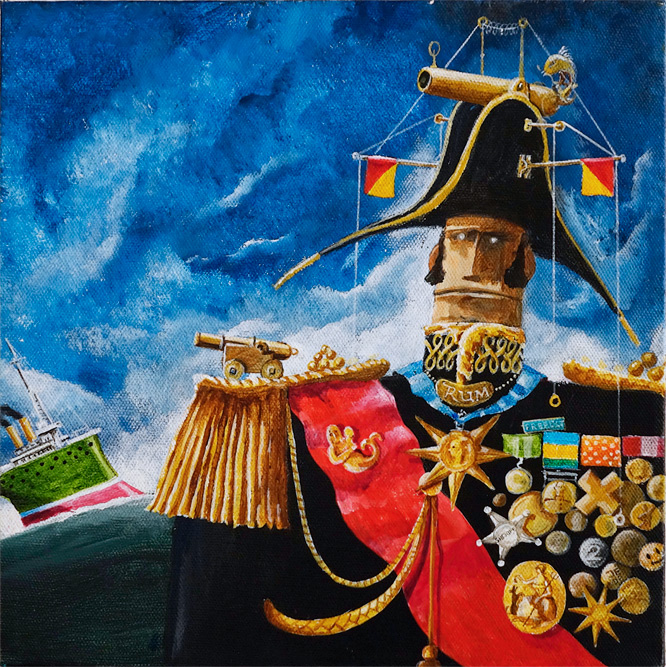 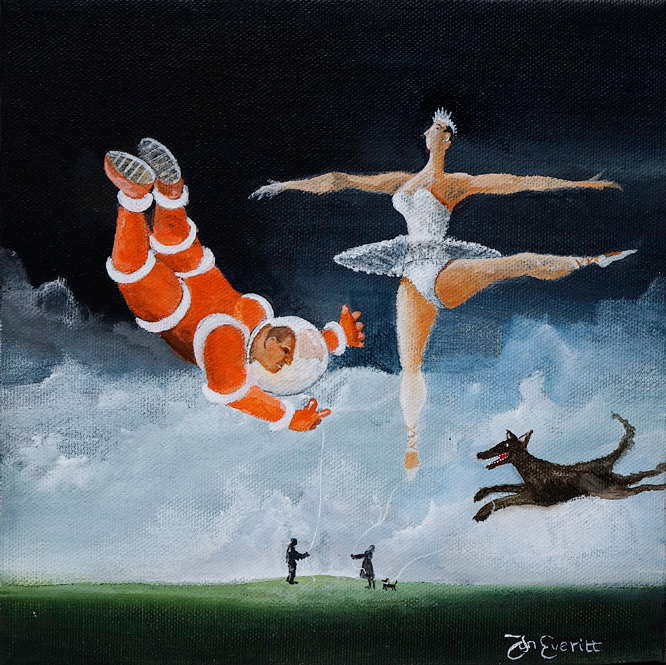 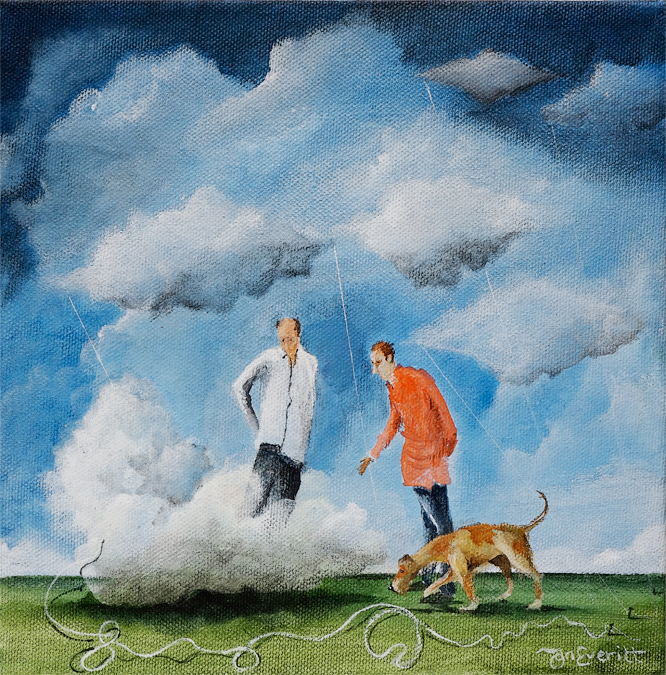 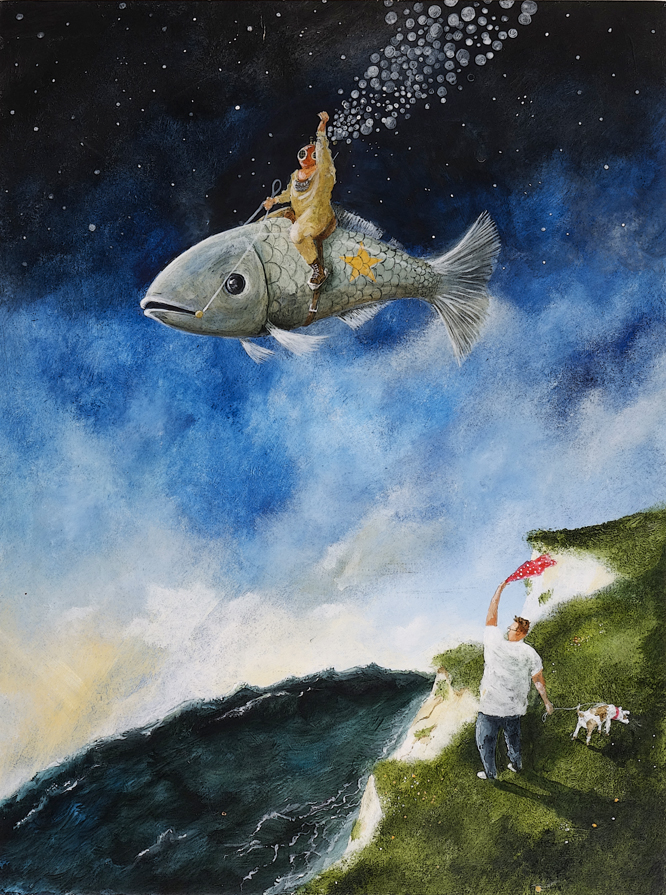 My father, this hero 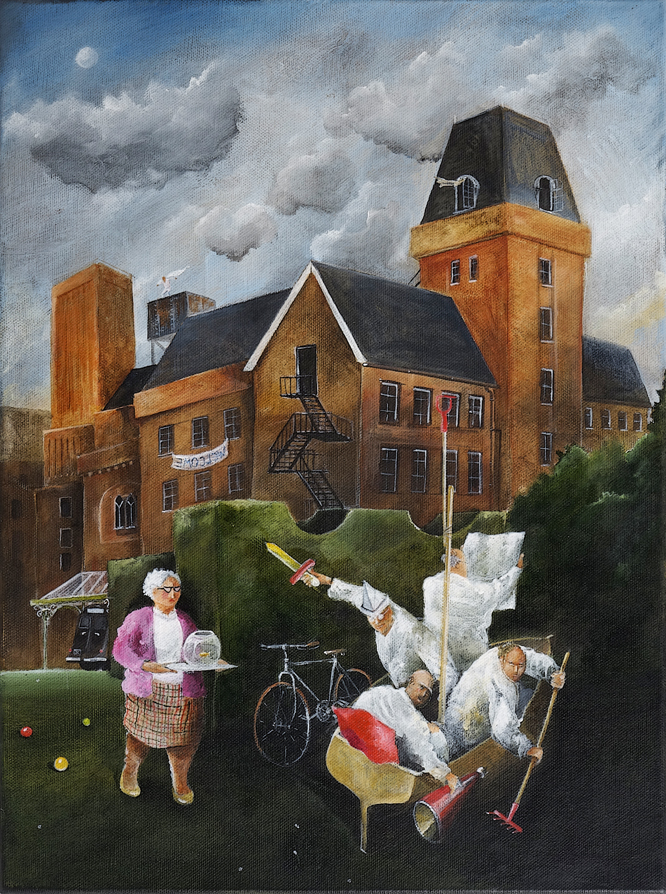 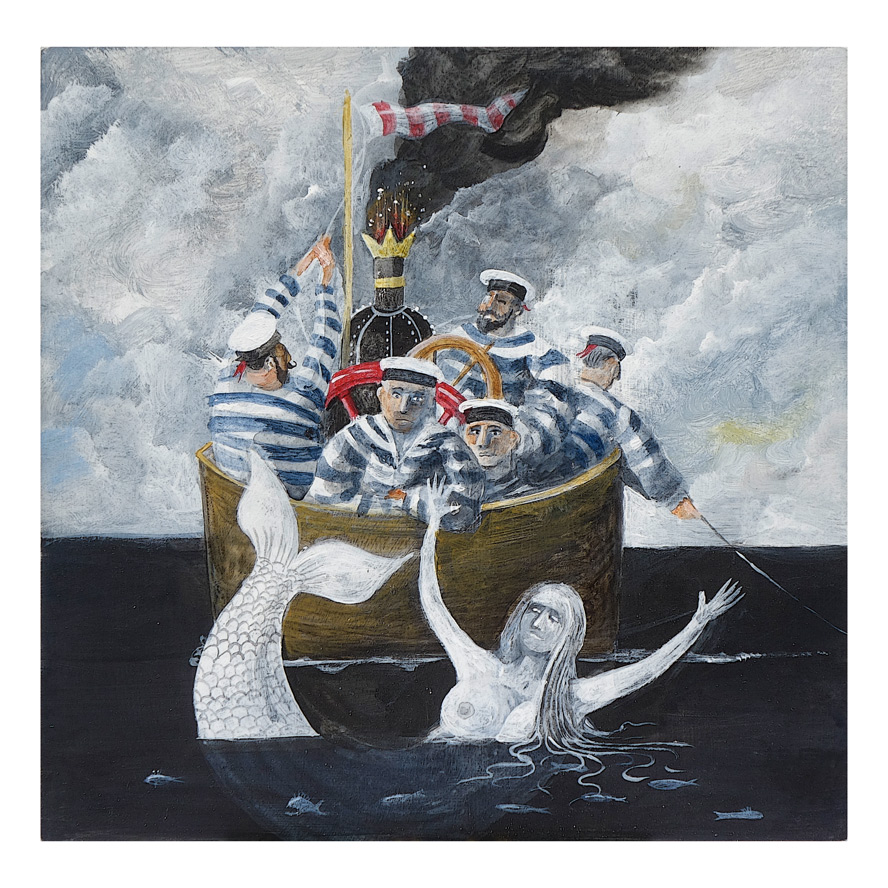 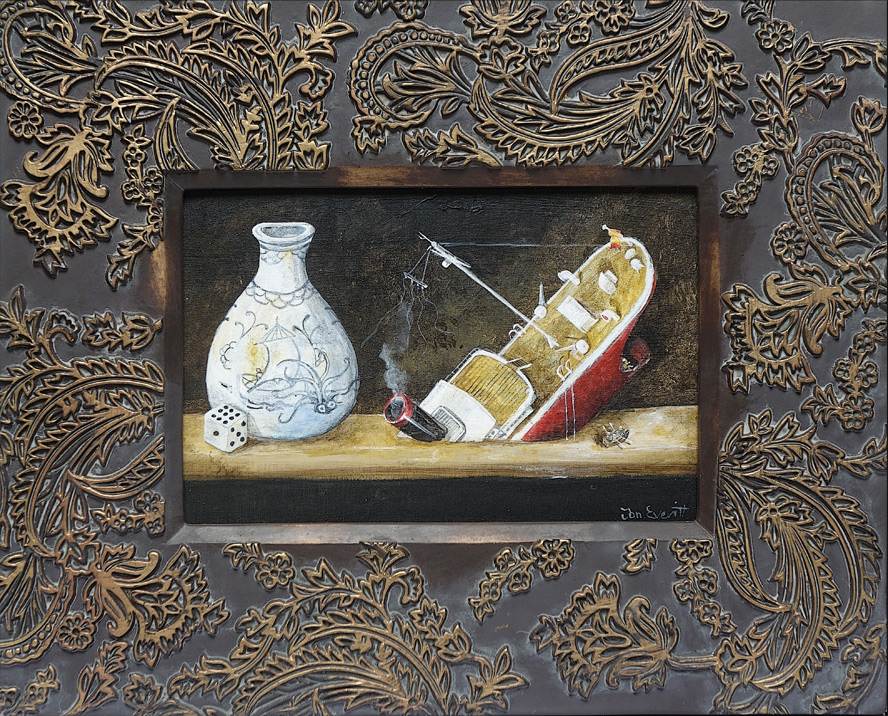 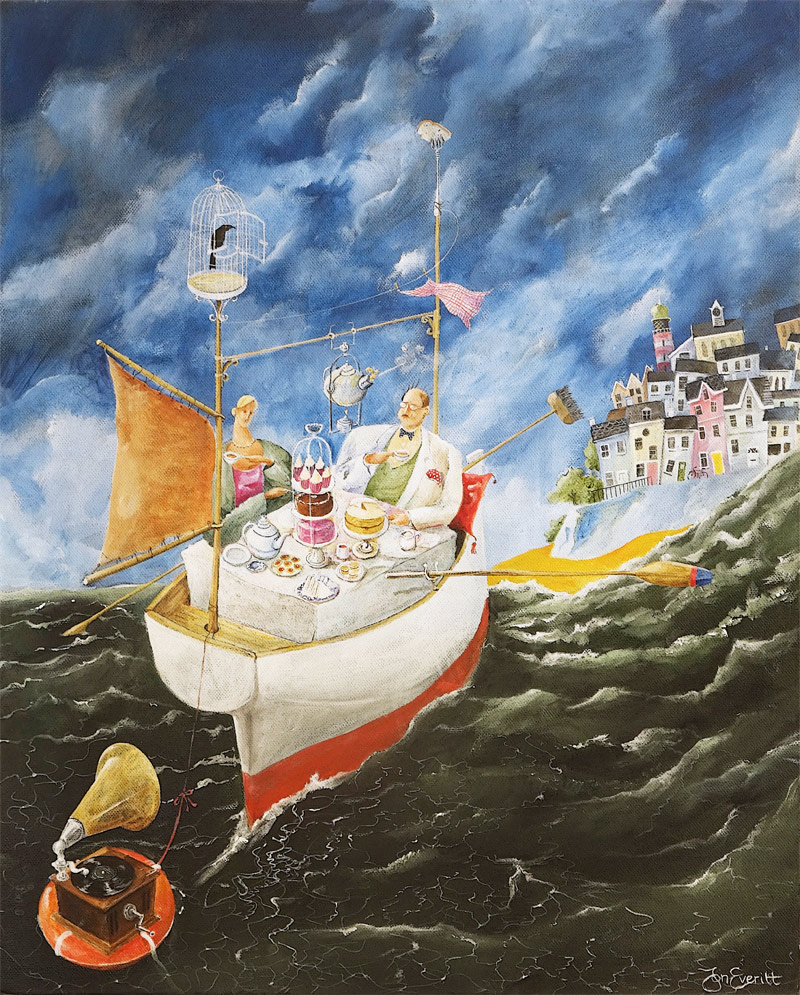 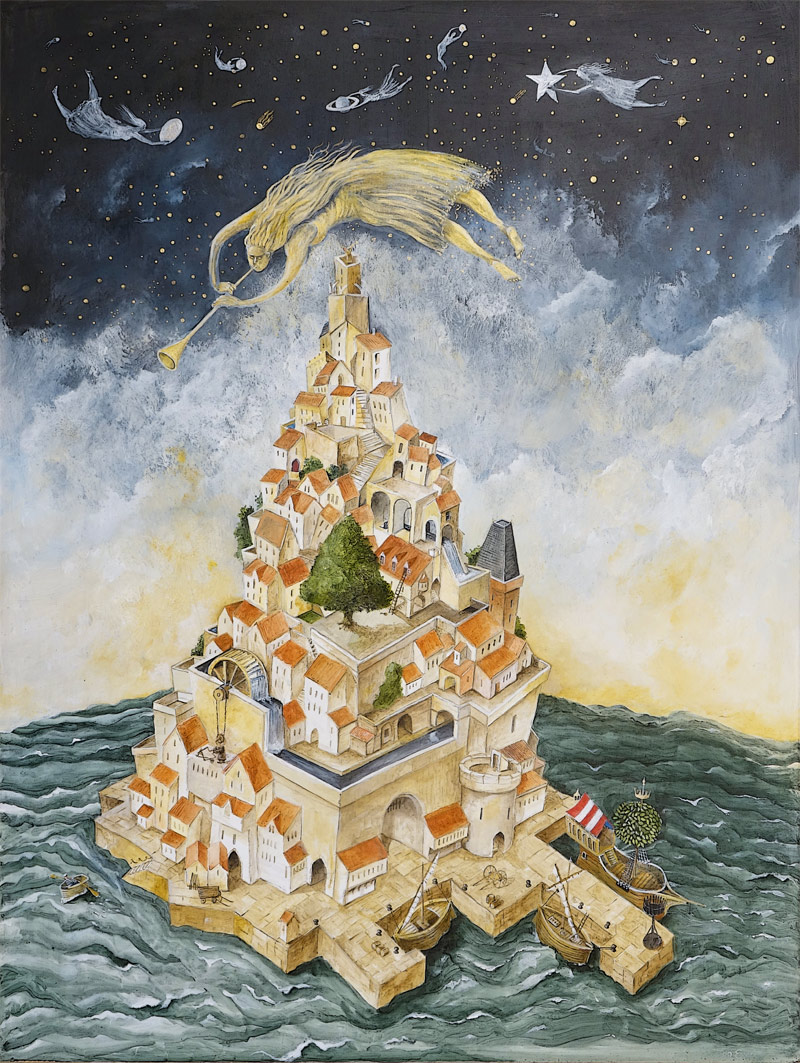